Glut: Mastering Information Through The Ages 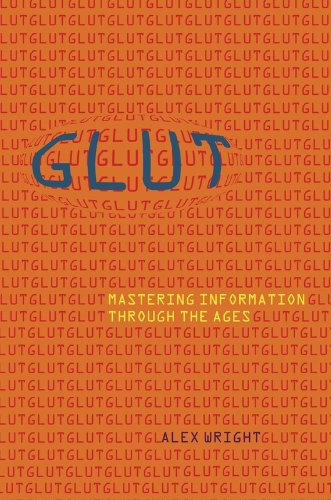 Abstract: What do primordial bacteria, medieval alchemists, and the World Wide Web have to do with each other? This fascinating exploration of how information systems emerge takes readers on a provocative journey through the history of the information age. Today's 'information explosion' may seem like an acutely modern phenomenon, but we are not the first generation—nor even the first species—to wrestle with the problem of information overload. Long before the advent of computers, human beings were collecting, storing, and organizing information: from Ice Age taxonomies to Sumerian archives, Greek libraries to Dark Age monasteries. Today, we stand at a precipice, as our old systems struggle to cope with what designer Richard Saul Wurman called a 'tsunami of data.' With some historical perspective, however, we can begin to understand our predicament not just as the result of technological change, but as the latest chapter in an ancient story that we are only beginning to understand. Spanning disciplines from evolutionary theory and cultural anthropology to the history of books, libraries, and computer science, writer and information architect Alex Wright weaves an intriguing narrative that connects such seemingly far-flung topics as insect colonies, Stone Age jewelry, medieval monasteries, Renaissance encyclopedias, early computer networks, and the World Wide Web. Finally, he pulls these threads together to reach a surprising conclusion, suggesting that the future of the information age may lie deep in our cultural past.