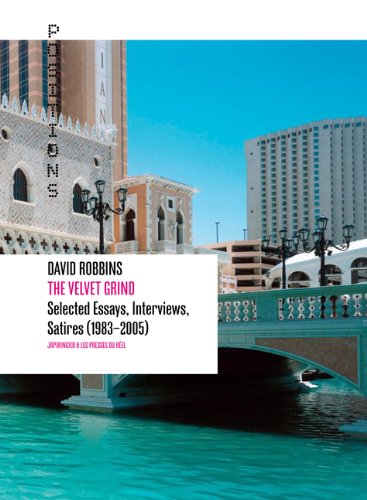 Abstract: Book Description: Asked to contribute to Artforum's 'Top Ten' column, David Robbins used one of his entries for 'Electricity: That we don't annually celebrate Electricity Day is unfathomable.' That sense of whimsy, even amid an advanced critical sensibility, makes this collection of essays from the past quarter century a great read. A regular contributor to magazines such as Real Life (in the 1980s), Purple Prose (in the 1990s), and Artforum, Robbins is one of the first artists and critics to investigate the art world's entrance into the culture industry. His work reflects on the spectacle, the transformation of the position of the artist in the visual system, and the future role of the spectator in art. This publication also brings together his key interviews with Richard Prince, Allan McCollum, and Clegg & Gutman, his writings on television, Hollywood, and Warhol, and contributions to his 'Institute for Advanced Comedic Behavior.'