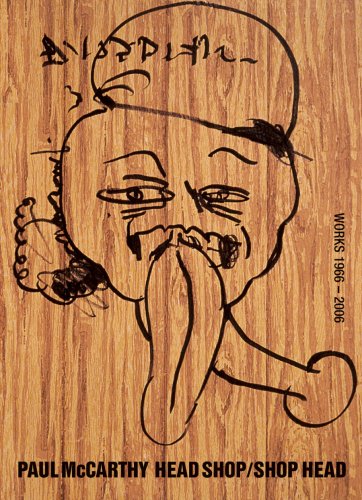 Abstract: Book Description: Although Paul McCarthy was born in 1945, has been working for nearly 40 years and is counted among the most influential figures of his generation, he didn't become known to the general public until the early 1990s. Because of this, and because he has frequently collaborated with younger artists like Mike Kelley and Jason Rhoades, many people think mistakenly that McCarthy belongs to a younger generation. Perhaps this is also because his portfolio includes works like the 1993 Spaghetti Man, a mannequin-like child figure with a penis so long it coils in front of him, who likes to stand around galleries in nothing but a T-shirt and a furry bunny face mask. Works like these--uneasy, funny, wise--undertake a critical processing of Western culture, its traumas and taboos, and the institutions that shape its denizens. Hollywood, Disney and the family are a few of McCarthy's direct sources of inspiration. Head Shop/Shop Head: Works 1966-2006 features seven large installations, 15 large sculptures, two inflatable ones, drawings, photos and film, all of which are featured at the important retrospective mounted by Sweden's Moderna Museet in the summer of 2006.