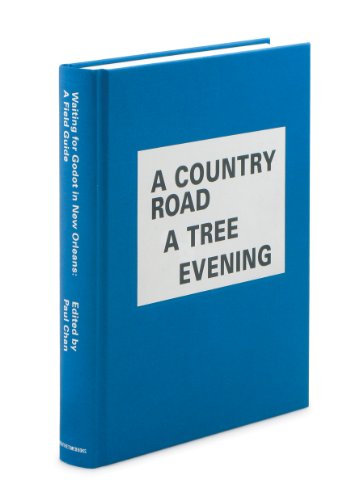 Abstract: Book Description: In November 2006, the artist Paul Chan visited New Orleans, in particular those parts of the city devastated by Katrina. 'Friends said the city now looks like the backdrop for a bleak science-fiction movie. (...) I realized it didn't look like a movie set, but the stage for a play I have seen many times.' That play was Samuel Beckett's Waiting for Godot, a play that has often been successfully staged in politically charged circumstances, such as a prison (San Quentin), and during a war (the Siege of Sarajevo, directed by Susan Sontag). In 2007, Chan staged four free outdoor performances of Godot in two New Orleans neighborhoods. This volume records Chan's project in essays and photographs, elucidating the terrible symmetry between Godot and post-Katrina New Orleans, and, as Chan writes, 'the cruel and funny things people do while they wait: for help, for food, for hope.'